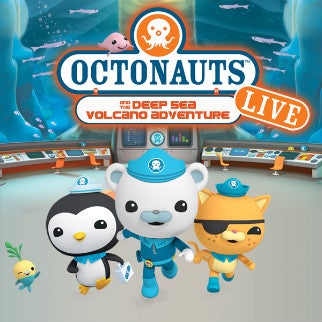 RICHMOND – SEPT. 14, 2016 – Explore. Rescue. Protect! Starting in San Diego next week, the Octonauts’ first ever, action-packed, interactive theatre show to tour the U.S. will head coast-to-coast visiting more than 60 cities including Richmond at Dominion Arts Center on Nov. 27. The Octonauts and the Deep Sea Volcano Adventure invites audiences on an exciting underwater quest through a world full of adventure and surprises and features brand new and fan favorite songs led by the entire Octonauts eight-member crew including Captain Barnacles, Lieutenant Kwazii and Medic Peso. The high-tech production features costume characters, animated projections on a huge screen and a brand new storyline and script.

Tickets are on sale now at the Dominion Arts Center box office, by phone at (800) 514-3849 and online at etix.com. VIP packages are available through CID entertainment and include a meet and greet with the characters and premium seating. For more information, visit www.octonautsliveus.com.

“The live show brings these charismatic characters to life in a way children never thought possible, stretching their imagination and bringing them directly into their favorite character’s world for the day,” says Jonathan Shank, executive producer at Red Light Management. “Seeing the reactions of kids and their parents when the characters are on stage is one of the most amazing and rewarding parts about producing live family shows.”

Daniel Hersh, who plays the role of Captain Barnacles, is a Southern California native who graduated from American Musical and Dramatic Academy with a BFA in musical theatre. “We’re calling all cadets and their families to assist our dynamic adventure heroes on their fastpaced and exciting underwater adventure,” says Hersh.

The Octonauts live show consists of two acts each running about 30 minutes, plus a brief intermission. For more information, visit www.octonautsliveus.com www.facebook.com/octonautslive or search on social media using #octonautslive.

The tour comes on the heels of new Octonauts episodes premiering throughout the year on Disney Channel and Disney Junior. Seasons one, two and three are also available on Netflix, and the first ever Octonauts 4D movie adventure is coming later this year.

The tour is produced by Red Light Management & Fiery Light, in association with Silvergate Media. 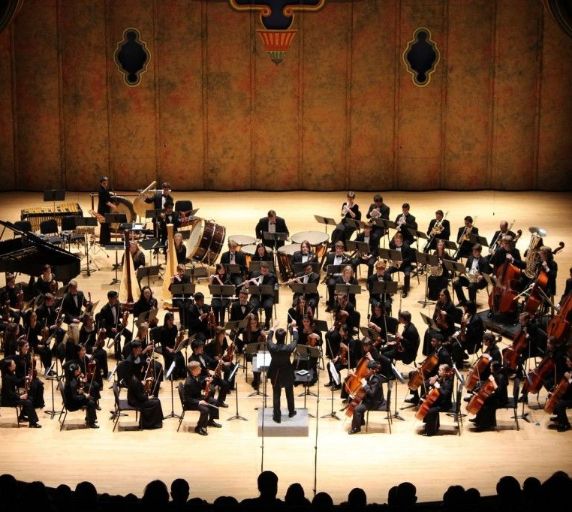