The Purple Nurple Tour On Sale Friday, March 6 At 10AM Local Time 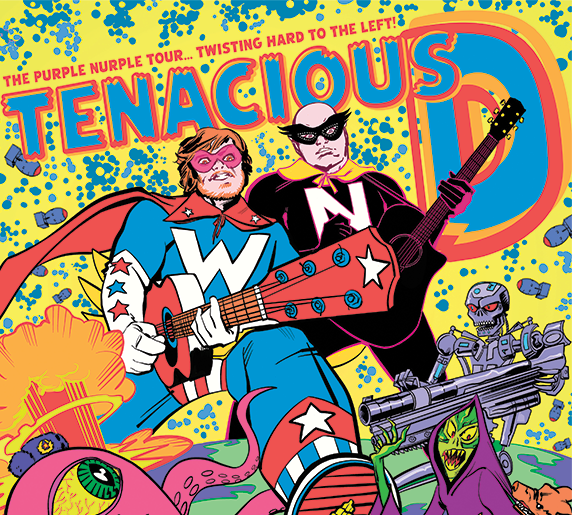 A message from Tenacious D: "Donald Trump has proven to be the most divisive, corrupt and dangerous President in the modern history of this country, and we simply cannot stand for another four years of his administration! Now is the time to elect a REAL leader!" With that in mind, Tenacious D has put together The Purple Nurple Tour - Twisting Hard To The Left! - whose shows go on sale this Friday, March 6, at 10 am local time. Tickets can be purchased at TenaciousD.com. Tickets for the Monday, October 5, 2020 show at Dominion Energy Center can also be purchased at dominionenergycenter.com.

Tenacious D also recently announced that they will be adding the final piece to their Post-Apocalypto universe: THE GRAPHIC NOVEL, out this September via Fantagraphics. Pre-order the book HERE!

Post-Apocalypto the graphic novel will add to 2018’s brilliant releases of the same epic tale:

Tenacious D in Post-Apocalypto - THE FILM - is an original, six-part animated feature from the minds of Tenacious D. Each frame of every chapter was hand-drawn by Black himself, with every character voiced by Black and Gass.

True to the title, the tale of Post-Apocalypto finds Tenacious D thrust into a world of complete and utter destruction following the drop of an atomic bomb.  Surviving the attack in classic cinematic fashion (a good old imperishable 1950’s refrigerator), the duo quickly learns that new forms of evil have spawned from the blast.  One thing becomes apparent -- for humanity to prevail, Tenacious D must save the world.

About 46 for 46:
46 for 46 is harnessing the power of music to help elect the 46th President of the United States by increasing civic action among musicians and fans through concerts and organizing. For more information, please visit http://46for46.org

Tenacious D: The Purple Nurple Tour…Twisting Hard to the Left! 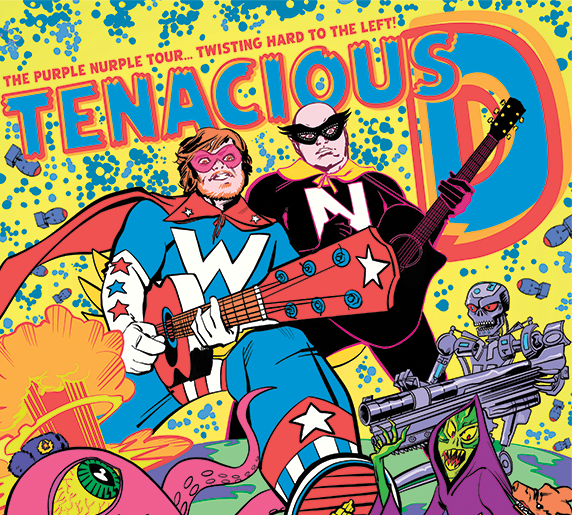 Tenacious D: The Purple Nurple Tour…Twisting Hard to the Left!